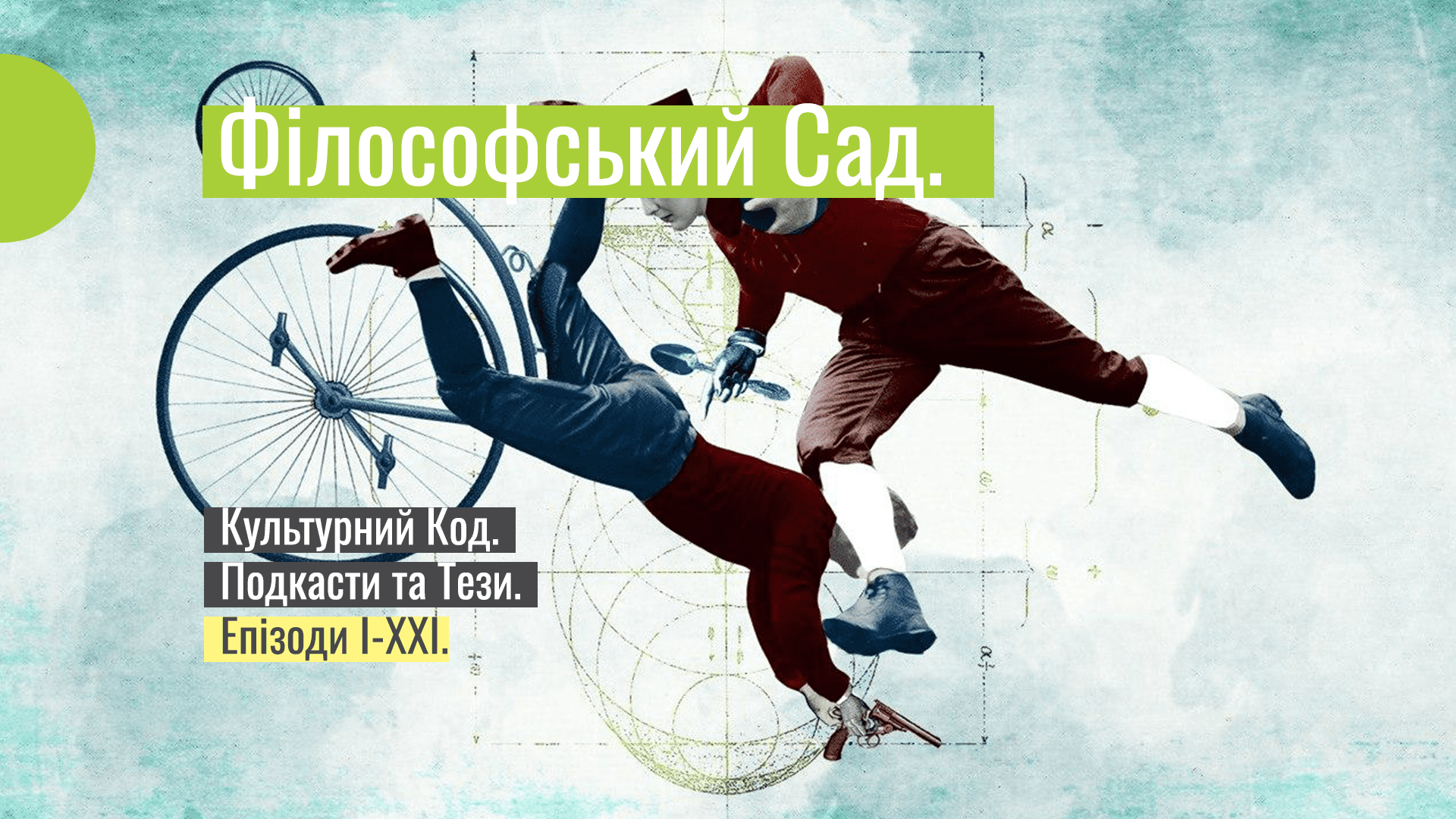 Each podcast and longread of the “Philosophical Garden” project is a conversation and a search for answers to the questions: “What language do artists speak to business people?”. How and why people become connoisseurs of culture, how they engage in dialogue with people of art about masterpieces of music or painting, theater or literature.

The birth of idea

A year ago, the educational campaign “Philosophical Garden” was launched. The initiators of the campaign recorded several conversations with artists and business people. The project was initiated by the team of the Public Union “Cultural Business Educational Hub” together with GogolFEST for DniPRO GogolFest, which was held for the first time in Dnipro on September 27-29, 2019.

In March 2020, the team of the Public Union “Cultural Business Educational Hub” decided: in addition to podcasts we need to create text longreads. And continued to finance the project. One third of the costs could be covered due to the victory in the competitions of the program “Cultural Capital” of Dnipro and the program of local government and coverage of Dnipro City Council. An editorial and design board was formed to organize the writing and sound material, in which professionals from Poltava, Lviv, Kyiv and Dnipro took part.

What are the conversations about?

Podcasts and longreads of the “Philosophical Garden” are open conversations with musicians, philosophers, directors, artists, founders of Public Union and companies in the field of creative industries, literary critics, actors, curators of art projects and owners, and top managers of international businesses. We learn from them what motivates them to influence the creative industries, what distinguishes an artist from a businessman or what unites them.

In the form of conversation, the interlocutors are looking for answers to the following questions:

Talks are led by Demyan Dyakov [Om] — founder of Universal Open University [since 2014], program director of the beGenius project family [since 2009], licensee of TEDx [2013], licensee of PechaKucha Nights [2012-2020], founder of Improvisators Movement [2009-2015], Member of the Board of the Public Union Cultural Business Education Hub.

“The name was born during a conversation with Andriy Palatny and Max Demsky. Then Vlad Troitsky’s team held GogolFEST in Dnipro. We were discussing the preparation of the festival while being at the Cultural Hub. That’s when the phrase came out that it resembles a certain philosophical garden, — Demyan recalls. — After that, the concept of podcasts was born in my head which had to be turned into longreads. It is important that our people speak. After all, they accumulate a lot of stories, tremendous experience. When the goal to create podcasts was set, I wanted to hear from these people, who are usually known only in small circles. That’s why I decided to host podcasts and digitize their thoughts. I really wanted to create a product that would help preserve and disseminate the views of active practitioners to our children and grandchildren.”

“The texts of Aristotle or Goethe are available to everyone. Question: Do those who do nothing need them? Such texts are usually used by people who need it, who are ready for it, — explains Demyan. — We are open to a wide audience.  But we understand that not everyone will like our product, not everyone will get the same motivation. Our listener is a person equal to the speaker. He or she values ​​his or her environment, a team that has been working hard for a long time to form itself.”

The authors of the project “Philosophical Garden” have collected a unique slice of thoughts and desires of twenty-one professionals from different creative industries:

Where to read and listen?

A large series of 21 conversations can be listened to on the following podcast platforms: Anchor.fm, Google Podcasts, Breaker, Overcast, Pocket Casts, RadioPublic, as well as Spotify, Apple Podcasts and Castbox.

All longreads and broadcasts of the “Philosophical Garden” project will be published on the portals creativity.ua and culturalhub.org.

The following are working on the “Philosophical Garden”:

“Philosophical Garden” has just received a sequel — crowdfunding for the English version of theses for publication on European platforms. We want the voices of Ukrainian thinkers to be heard in the international market of cultural and creative industries.

Many of the heroes of the “Philosophical Garden” have become guest tutors at U Open University — new programs in philosophy, design and project management for the cultural and creative industries.